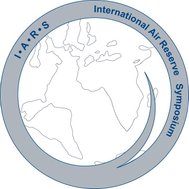 Background of the IARS

In 1992 a group of Air Reserve officials held a meeting in Lahr, Germany, with the aim of learning from the experiences of the International Air Reserve community. Attending this meeting were: Canada, France, Germany, Switzerland and the United Kingdom.

The Secretary of the IARS Office stared unofficially as of 2002 and was conducted by a reserve officer from the Netherlands. Officially the IARS Office was created with the Letter of Intent (LOI) signed for the first time by the participating countries in 2008. The term of the office is 3 years. The Netherlands prolonged  for the first period of 3 years, until 2011. As 2012, Switzerland took over for the second term, followed again by the Netherlands in 2018. The successor for 2023 will be decided at the 26th IARS, September 2022.

Members of the IARS can log-in below (temporary off line). If you lost your ID or password, please contact the Secretary of the IARS Office